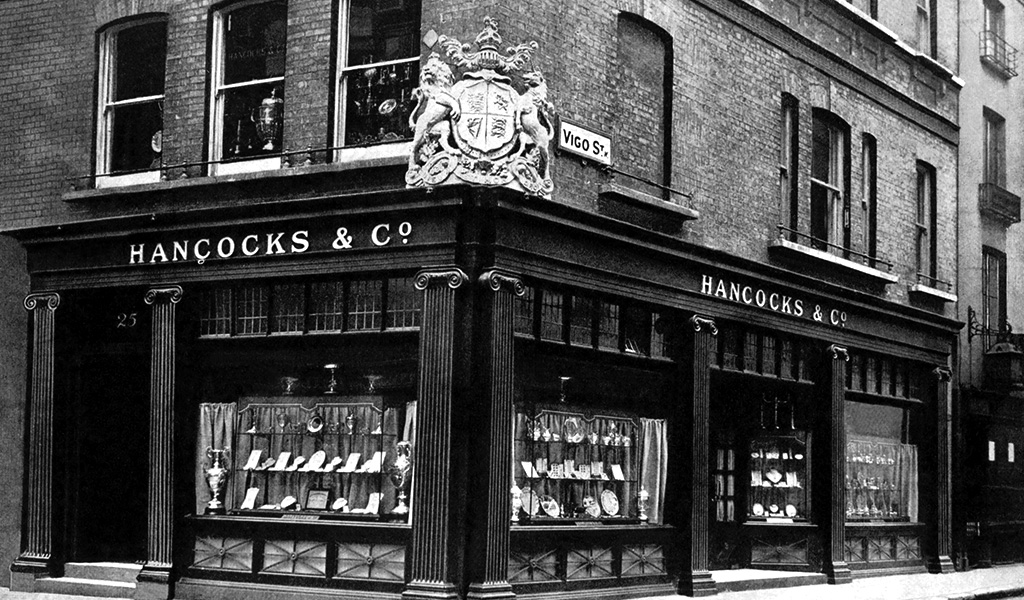 In 1856 Queen Victoria entrusted Hancocks with the making of the newly introduced Victoria Cross medal, the highest military award for gallantry in the British and Commonwealth armed forces.  It is an honour that we continue to uphold today having been the only company to make this prestigious award since its inception.

Later that year the company received a noteworthy commission for an exceptional suite of jewels from the Duke of Devonshire.  The Devonshire Parure, as it became known, consisted of seven pieces and was designed and built around eighty eight engraved gemstones of varying sizes and colours from the Duke’s personal collection. These bold gems were set within an elaborate, richly coloured and highly decorative enamel openwork frame (a style subsequently referred to as Holbeinesque) which was further set with diamonds to catch the light and add sparkle. It remains in the family and is currently on display at Chatsworth House.

By the early 1870’s Mr C.F. Hancock had retired leaving the company in the capable hands of his two sons as well as his business partners Mr H. Stewart and Mr H.J. Dore. In particular, it was the latter of these men and the two successive generations of his family who guided Hancocks through the last decades of the 19th Century and into the 20th. Much of this is documented in the company record book, from details of clients, commissions and sales, through attempted thefts and windows broken by the bombs of war to the marriages, births and deaths relating to members of staff.

Amongst the countless notable pieces which have passed through the company’s hands over the years is a ruby and diamond necklace which was part of the French crown jewels; a ruby and an emerald suite from the Seringapatam jewels and a Cartier diamond rose brooch worn by Princess Margaret to the coronation of Queen Elizabeth II. 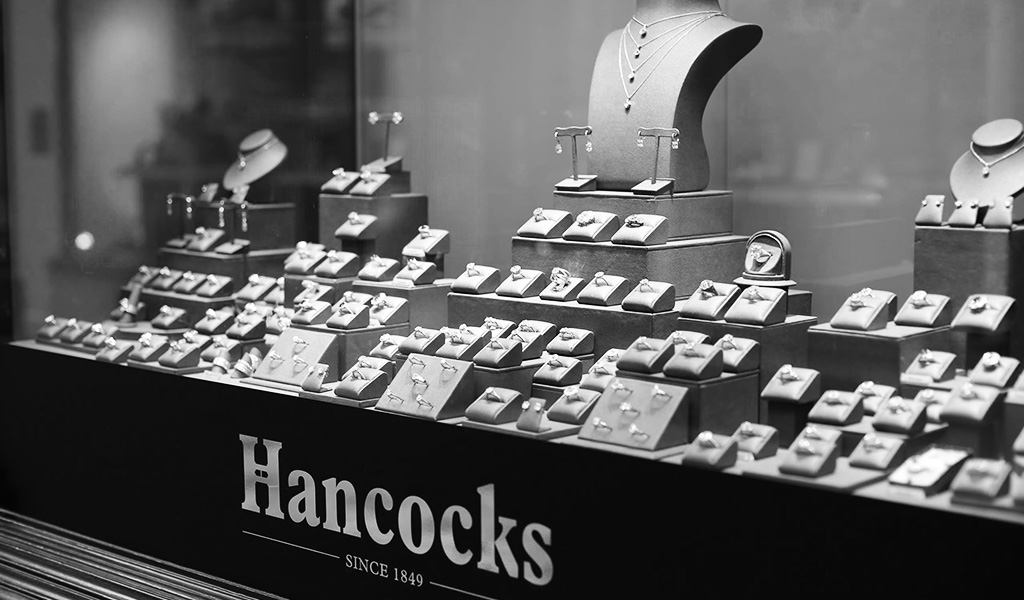 In recent years Hancock’s has been under the directorship of Mr Stephen Burton who moved it into its current location in the historic Burlington Arcade in 1997. It thrives today much in the spirit it always has, as a family run firm exhibiting at prestigious fairs around the world, undertaking bespoke commissions and dealing in the very finest of jewels.